Beers and booze? Yep. grab yourself a Royal Jelly Jive or a JuJu Eyeball!
Should I bring the kids? Oh, okay. Make sure to order them the root beer!
Any chance there’s a TV? Yep, flat screens just for you.
Got any tips? This is a great place to have a pint and listen to some live music!
Can I get some tasty beer to go? This place just may take the cake when it comes to growler deals!
Walk, bike, or drive? Walk or ride your sweet commuter bike for sure! If you happen to drive, park in the lot behind the brewery.
Last one – Is there like a locals night or something? Board game night!

Bonus reasons to raise a pint! 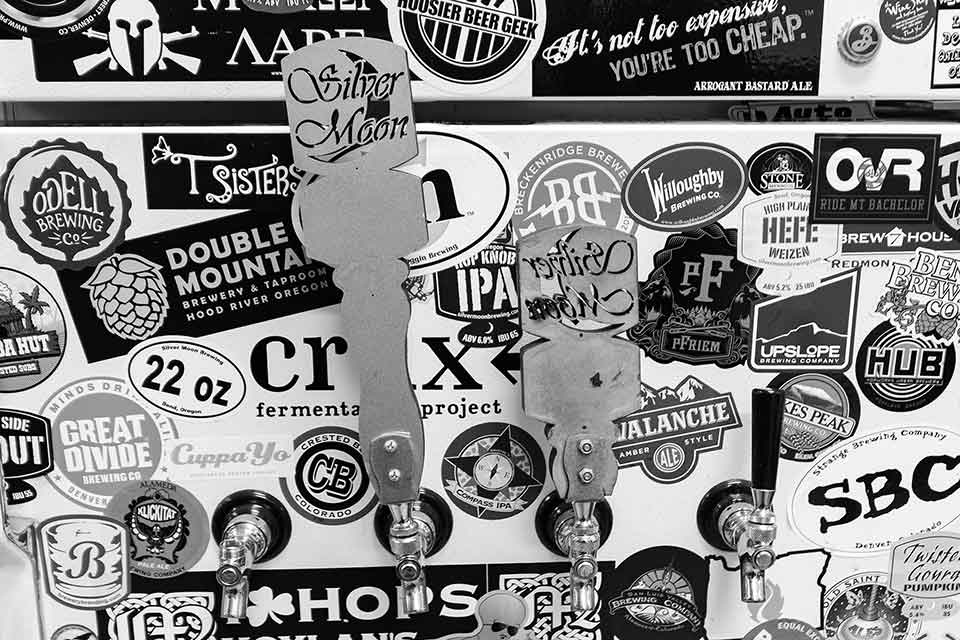 Of all the brewpubs in the Bend area, none has a better live-music scene than Silver Moon. The Moon Room presents concerts by national and regional acts at least once a week, and often more frequently. That gives music lovers an opportunity to dance the night away as they enjoy light meals with Bridge Creek Pilsner, Dark Side Stout or one of the brewery’s other award-winning ales. Founder Tyler Reichert began brewing on a small scale in 2000 and moved to this Greenwood Avenue space in 2005. The operation has continued to expand with new brewers, owners, a larger brewing facility in Redmond, and Silver Moon now sells its draft beers statewide and bottled beers to Seattle and elsewhere in Washington. Cheers!