The Hop Czar legacy continues, this time with Topaz hops from Australia

So I get samples on occasion, sometimes good ones, sometimes, well, no.

Over the past several months I’ve received a couple of their 30 Anniversary Series. We’re they good? Yes. I actually went out and bought some more. It’s Bridgeport’s 30 Year Anniversary – that’s pretty good, a long time for an Oregon Brewery, and sure some things have changed , but I’m pretty impressed with their 30 Series. So far so good!

You can read all about the limited releases on Rate Beer, Beer Advocate, etc. 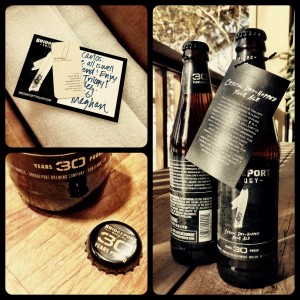 [hr]And this just released from Bridgeport:

“BridgePort Brewing Company, continues to explore the wide, wide world of hops with the next beer in the Hop Czar IPA Series, Hop Czar Topaz Copper IPA. Marrying Bravo hops in the boil with the unique aroma of Topaz, the Topaz Copper IPA is a bold, hop-centric brew that showcases the intense fruit and earthy grass-like qualities of the Topaz hop. 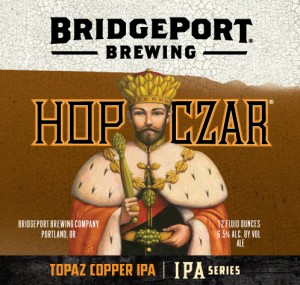 “We’re really taking advantage of all the great hop varieties out there that we just haven’t had the chance to try before, like Topaz hops that are only grown in Australia,” said Jeff Edgerton, BridgePort’s brewmaster. “For this Topaz Czar, I wanted a stronger hop influence than the Citra Czar and I wanted to pair that with a rich copper color and I think we did just that.”

To complement the Topaz aroma, the degree of fermentation was kept a bit lower to leave behind a sweetness that works well with the strong Bravo hop presence, which brings the IBUs up to 70 and makes Topaz Czar a bit more bitter and hoppy than the Citra Czar.

Description: With slightly lower alcohol content and bitterness than the original, the Hop Czar Topaz Copper IPA has a remarkably smooth carbonation supported by a sturdy malt body. The combination of dry-hopped Topaz and Bravo hops create a sweet fruit aroma and flavor. The use of caramel malts gives the beer a nice mouth feel, malt flavor, and color.

To try the Topaz Czar, visit BridgePort Brewery, located at 1313 N.W. Marshall Street in Portland, Oregon or look for it wherever BridgePort beer is sold.”

There’s a lot of good beer out there – this series is shaping up rather nicely. Cheers!