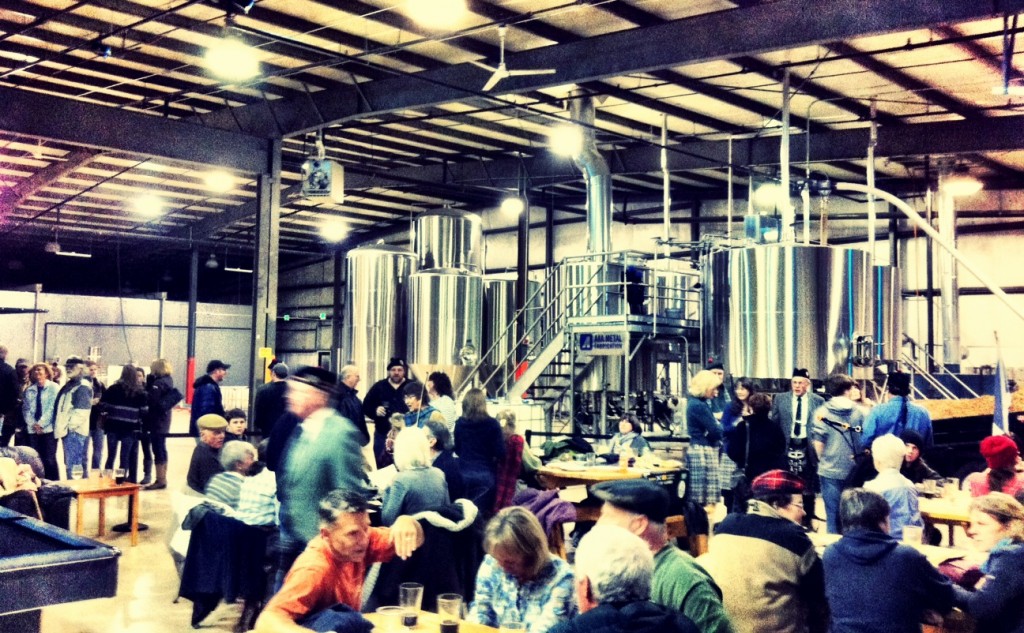 Goodlife Brewing Company and Bend Brewing Co. team up to brew something special! Always good to see peeps working together to make something good happen – and in this case it’s gooder beer! If you’re lucky enough to be in town, visiting or looking for a good excuse to get out, pop on by GoodLife Brewing Company this afternoon (11.30.11) for the official release! Cheers!
[divider]

This caramelized, malt forward Scotch Ale is brewed in honor of St. Andrew, the Patron Saint of Scotland.  The grain profile of the beer is a special blend of English malts that produce toffee and carmel flavors and a deep copper color that is blanced with traditional Noble hops.  At 8%, Scottish Heart will surely make many people in town happy.  This beer is fantastic – Slainte Mhath! (Cheers or Good Health in Scottish Gaelic, pronounced “Slanchay Va”!)

For additional information, come visit us on 70 SW Century Drive in Bend, OR or at www.GoodLifeBrewing.com.  GoodLife Brewing Company will be distributing this beer, along with Mountain Rescue Dry Hop Pale Ale, Descender IPA and Pass Stout in Bend, Portland and soon to be in future markets.